Freezing death – Finnish Winter War is a two player wargame of the Winter War fought between Finland and Soviet Union 1939–1940 as well as preparations that lead to the conflict.

Map shows three fronts where main battles took place and where soviet player tries to advance his troops to while Finnish players units, underequipped but more accustomed to freezing conditions, try desperately stop them. While the Western Powers deliberated intervention, time was running out on both belligerents. Can the Finnish defenses endure the ever-fiercer attacks? Is Stalin ready to pay the political price of a battle that, contrary to his scheme, was not about to become a parading march to Helsinki?

Game is card-driven and more than 50 action cards (each with unique picture of the era) are at the heart of the game. Cards can be used either as action points or events. Events include Soviet troops encouraged by vodka rations, diplomatic efforts of worlds first female diplomat madame Kollontai as well as sympathy Finland has built is US on prewar years by being only nations not to default its debts.

Game is fully bi-lingual (English and Finnish) including two decks of action cards. So if you wish to familiarize yourself to wargaming lingo in Finnish this is a perfect opportunity. 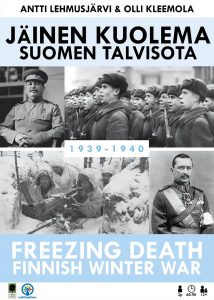 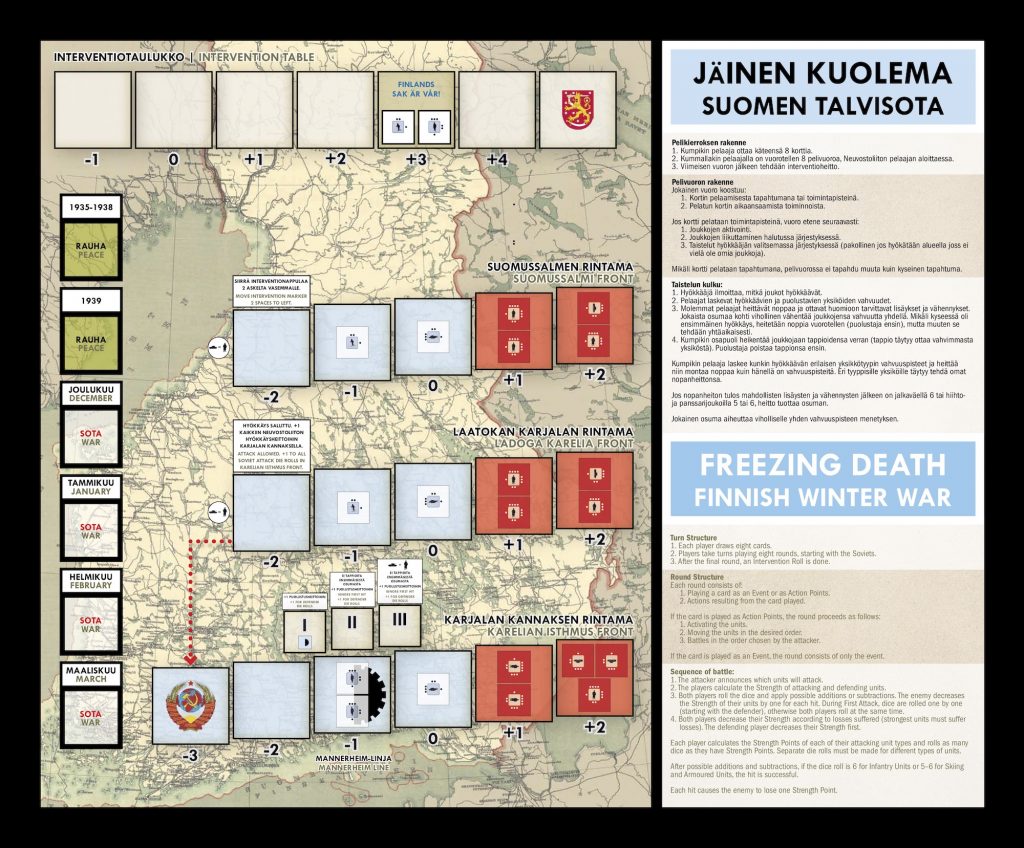 Game can be ordered through our Backerkit page, see link below: